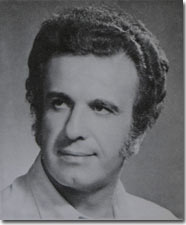 Mounir Najem is completely fascinated by color and its poetical transparence. Born in 1933 in Deir El Qamar, he studied drawing in Cesar Gemayel’s studio from 1950 to 1954, at the Lebanese Academy of Fine Arts from 1954 to 1955; he continued his training in Paris between 1956 and 1959 and, while there, took part in two seminars.

He has held several exhibitions in Lebanon and abroad, obtaining a number of awards including the first prize offered by the Beirut newspaper L’Orient in 1965 and, in the same year, the Prix d’Honneur offered by the Sursock Museum.

Along with the artists of his generation, he adopted from the beginning of his career deep lines, heavily marked and strongly colored.
With the wave of “the return of the sources” which, in Lebanon engulfed the world of Art, and thanks to the discovery of Paul Klee’s Tunisian period for whom “the right angle and irregular rectangles constitute something like the texture of an oriental carpet”, Mounir Najem abandoned the third dimension to draw closer to Oriental painting. Like his fellow artists, this developed into the abstract as it did with the “orientalist” Westerners.

Color as such took complete hold of Mounir Najem. It lured him away from nature to lead him to its abstract kingdom. Even in the paintings with a definite formal outlook, the abstract coloristic tendency has taken over the figurative aspect. This implies that Najem does not paint from for form’s sake but uses basic elements like a circle for the head, a square and triangle for the body. In the same way as a mosaic, these elements act as support for color which then monopolizes the eye to the detriment of form. Thus bodies in Najem’s art are only structures, skeletons carrying the color scheme.

These paintings can therefore be classified as abstract art and display transparent colors which compose their own music and find their place according to their own law and their own special characteristics.

In a few recent works, certain signs point to the dawning of a new development where the role of the line blends with that of color to create accomplished works in form and expression.

Hoda Adib said about the artist: “On the fine sand of samples expanded from materials tamed; it is the rupture by clearness escaped from the conventional, the reduction to a minimum of the dependence on palettes, the caress of chromatic pastures. Colliding particles of glabrous flowers suffused with transparent waters, in the turbulence of equidistant wave patterns where feeling is found to be in a place of observation. The flanks of hillsides distorted by the secretion of time, place and space, an exploitation of the exterior and the interior. A kaleidoscope of the best exhausting phobia quenched by an erosion of maximum equilibrium, by the cerebral fluorescence of grafted substances. As gesture sleeps, our festivities awake.”

Article in French about the artist Najm 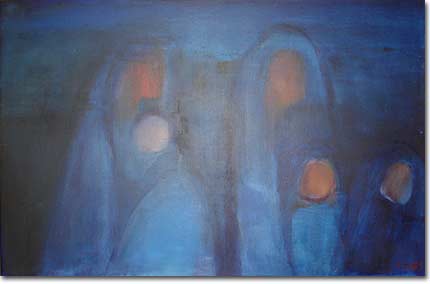 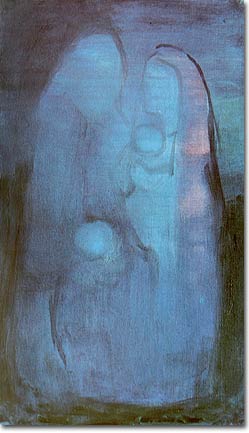 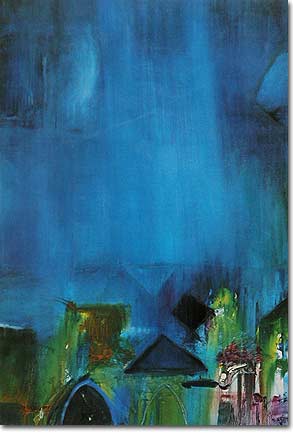 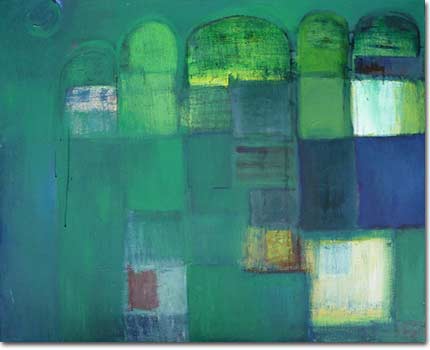 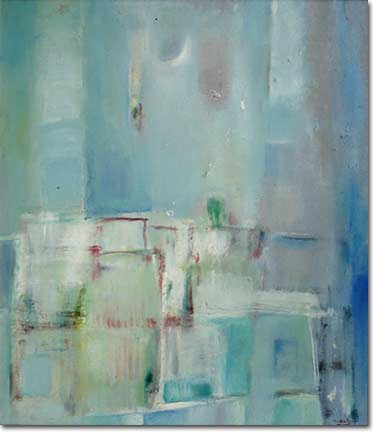