Henri Asmar "Think it over again" exhibition at Beit Beirut

Henri Asmar “Think it over again” exhibition at Beit Beirut

Henri Asmar, a Lebanese architect who graduated from the American University of Beirut made his first foray in the art world in a solo exhibition at Beit Beirut which took place between 11 and 13th of September 2019. His works, lively, vibrant but also structurally cohesive are grouped under the title "think it over again" oscillate between graffiti and two-dimensional interpretations reigns. What seems chaotic is actually an organized madness with a clear thread that runs through the works.

In his own words, Asmar says: "I think architecture is a culmination of many elements working together to create a project. You have to be a thinker, a poet, an artist, a sculptor, a photographer, a scientist, a lover, a hater, a philosopher, a partygoer, a dancer, a businessman, a politician, alive" and as his architectural thinking becomes artistic works, it is no wonder they blend all these elements into large scale canvas. Collectors already snapped up some of the pieces - and agreed to lend them from their private collections for the exhibition.

Through his mode of expression, Henri Asmar engages on the path of geometric abstraction.

In his production, by means of a reflection in planes, forms, rhythms, and colors, it is generally the interior desire of the subject which imperiously determines the form. If the planes overlap and intertwine, articulate and disarticulate in a rhythmic play, it holds, especially, the line in itself, its orientation, the shapes it traces, geometric shapes that cut the space in the heart of a pictorial world, whose key was given to him by the simultaneous meeting of three primordial elements: his training as an architect, his poetic intuition, and his spirit of deduction.

The achievements are characterized, as much, by the asceticism and the regularity of the lines and plans, as by the sobriety of the colors.

What interests him, first of all, are the elements of composition, elements more of their essence than a conformity with appearances, so that their various positions, in space, cause the best impact on the watcher. Through his approach, he wants to reflect on plans, geometric forms, rhythms, and colors, while seeking to deconstruct and reconstitute processes of materialization of ideas, starting from a particular mode of plastic representation. It is, therefore, a research that is like many others, called contemporary, the quest for shaping and identity conditioning.

The compositions are born of fantasy, a fantasy that generates an art resulting in achievements and interpretations in which the passage from the physical truth to the plastic truth can be discerned.

His work can be considered as an authentic search, a journey where the visual artist is like a traveler, at the heart of his imagination. And it is certainly in this continuous search that his truth is constructed and that he leads us to a universe beyond reality, which lies in some metaphysical domain. One could, perhaps, define it as an inner world, from which creativity is organized into an integral unity that gives it its full meaning.

Visit the profile of the artist 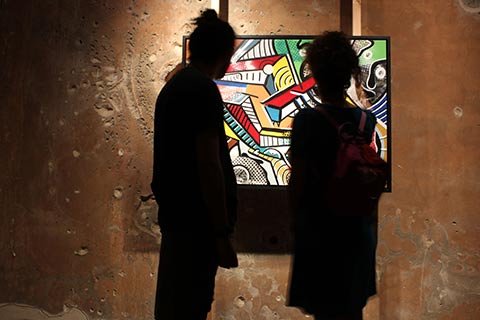 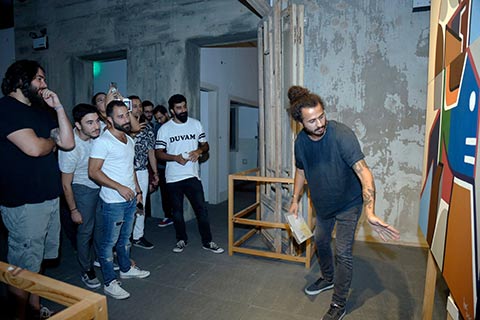 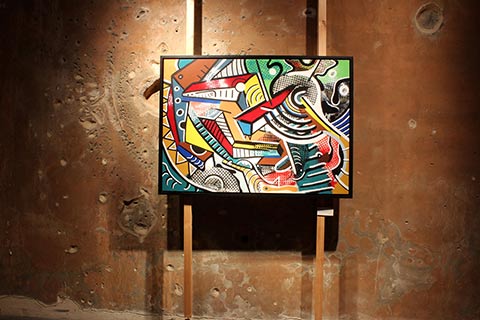 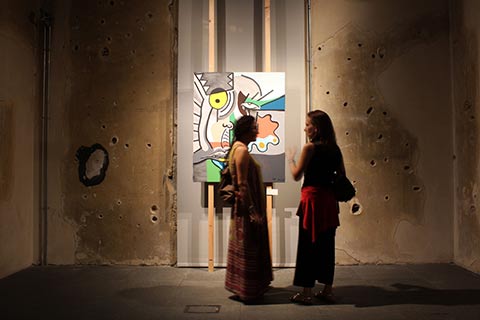 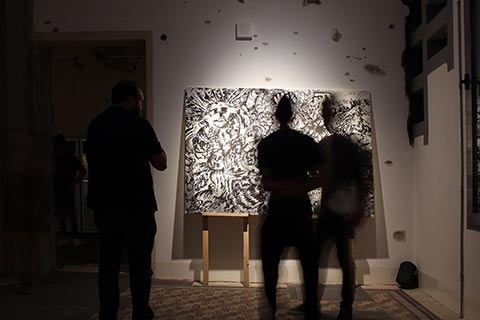 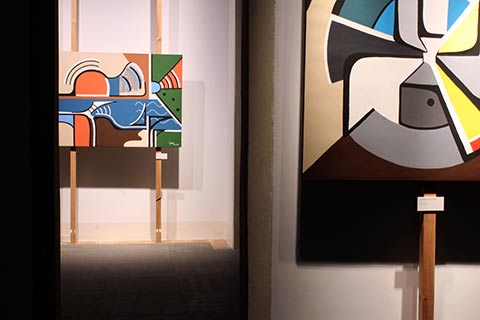