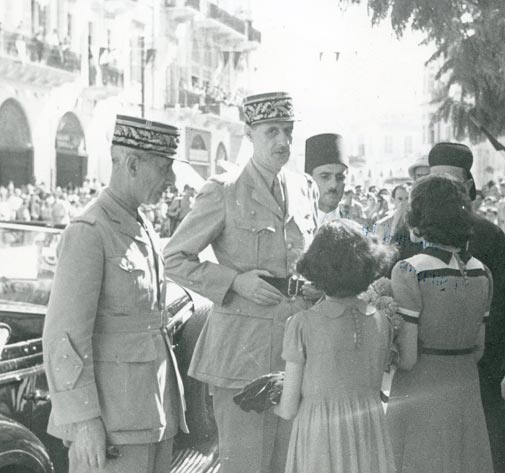 The Charles de Gaulle Institute – Lebanon, established on June 18, 2016 following the signature of a quadripartite cooperation declaration between the Embassy of France, the Charles de Gaulle Foundation (France), the Foundation for the Preservation of the Heritage of Charles de Gaulle in Lebanon, and ESA Business School, is launching an appeal to anyone who possesses documents, videos, photos or objects relating to General de Gaulle's stay in Lebanon, to entrust these items to Front Page Communication agency, from 1st May until 31st July 2017.

Those photographs and videos will be digitized and returned to their owners, as this initiative is meant to allow the building a digital library for publicizing the action and work of General de Gaulle, in particular his commitment towards Lebanon, land of dialogue, in view of him having said: “In the heart of every French worthy of this name, I can say that the sole name of Lebanon strikes a very special chord.”

With a due mention of the source of these documents, they will eventually be exhibited and portrayed on the forthcoming Institute’s premises, as well as in its various digital media (website, social media, etc.).