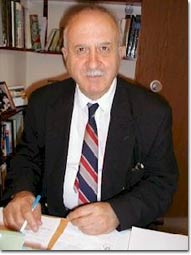 Faouzi was born in Lebanon in 1933. He grew up as the oldest of 6 siblings in a well respected family of land owners going back several generations. In his early years he was surrounded by a simple farming community steeped in the traditional values of self reliance and hard work. This humbling upbringing left an impression on Faouzi that would influence his art and writings for years to come.
Driven by a strong love for literature, language and the intellectual curiosity and expression that can be derived from them, Faouzi pursued a career as a professor of Arabic language, literature and philosophy at the prestigious International Schools of Choueifat College Preparatory. This career of more than 3 decades was accompanied by a personal pursuit in the areas of art and literature.
Over the years, Faouzi produced a steady flow of art exhibitions and books. In his art whether in oil, water color or ink, he always maintained a strong connection to people and earth. Faouzi extended the impressionistic style into his own form of artistic expression by using a bold and daring approach to color and movement.

As a writer, Faouzi covered a wide spectrum of subjects, including poetry, art critique, political commentary and socio-economic analysis. In all areas, Faouzi dared to challenge conventional thought and pre-established opinion by re-examining all the underlying accepted premises. This is proving particularly useful in the new global environment we live in.

A discovery that will have an impact on areas such as language studies, mechanical translation and artificial intelligence...
This book introduces and demonstrates a new method for describing the structure behind language. Unlike the classical approach of grammatical structure, Spelling the Thought explains language from a completely new perspective. This new approach looks at how the human mind works and how thought transforms into language. The process of speech is so natural and as this book explains, so simple, that it is performed effortlessly; yet until now it has not been fully explained.

By describing language in terms of human thought, Faouzi has been able to unify all languages by their one common thread; human thought. One of the most exciting aspects of this new method is its usefulness in translating between languages. Another major benefit is the ability for machines to understand natural languages. Both come at a time of great need for such tools. With the explosion of electronic information and the need to communicate across the world in real time, this discovery is very timely indeed.

A commodity is more valuable than the quantity of work that created it, and the amount of money paid to buy it also exceeds the value of the effort for it this money was paid originally. Thus, in trade, when two dealers exchange money and commodity, they both secure in principle a certain profit, as each of the two objects exchanged, money and commodity, should contain initially a dowry of a substantial value. Therefore, in every mature act of exchange there is a certain surplus value from the two sides, and for that reason profit takes place in one act of exchange for both sides.

One of the main reasons behind wrong assumptions and bad judgments concerning most important issues in economics is in the imprecise way we look at the division of society into different categories between which wealth is being shared. Thus, an objective and fresh outlook at the socio-economical map to identify classes and orders, is an important background for any economical study, in order to judge rightly between whom wealth is divided.

Wealth of the People

Capitalism is not entitled to reinventing basic moral laws of the world that are the direct result of our very existence by abolishing these essential principles on which our life is based, but its objective is to organize work with total respect to fundamental principles of human life.

The way people were acting to make their living was not the result of absence of rules but it is at the base of any rule that may be proposed under new conditions of life such as the present system.

If workers, for instance, are working in a fishing company, fish caught are mostly property of the workers themselves, as if those workers are still acting as single fishermen who had the natural right in catching these fish.

From a methodical point of view distribution of wealth is the key problem, and once it is solved all other intellectual issues will automatically follow. However a second generation of enlightenment is badly needed to face this new challenge.
The power and means of evil people are much superior to the modest set of rules we owe to protect humanity from disorder and chaos.

Why WESTERN COUNTRIES, given the actual circumstances, do not take the decision to manufacture on large scale, besides their usual manufacturing, COMPLETE FACTORIES of all kinds similar to factories they themselves are using for their actual manufacturing in order to sell these factories to countries interested in becoming industrialized with all services needed to secure the practicality of the deal?

China and India failed to contribute to proportionally widening the market because their industrial policy is an aggressive mercantile one not interested in national consumption but it targets the same limited market outside their borders as I said. With all respect these two big nations are not observing the meaning and spirit of industrialization.

Indeed because the government can make all the difference in protecting the right of individuals after wealth becomes a collective common property rather than independent separated shares, this government will be the main target for people who live on somebody else’s money to weaken it in order to get to the national wealth through this door.

Therefore there is NO PLACE FOR MODEST SOLUTIONS that could destabilize the whole world IF THE WEST LOOSES OF ITS WEIGHT AND POWER that maintains the necessary equilibrium. Countries even continents will politically leave their actual orbits to find another one to regain a certain stability difficult to predict how it could be if the power of the West is reduced.

The 300 drawings in the book Al-Kach Drawings depict daily peasant life in the Bekaa Valley of Lebanon. The book also discusses the regional and global evolution of art and the driving influences around the current direction it is taking. Concerns regarding the slow destruction of classical art and the responsible influences are laid out in a clear and concise manner.

Details about both the direct and indirect contributors to the global devolution of classical and Impressionist art are discussed in convincing detail. While the book Al-Kach Drawings highlights the general concerns regarding the downward progression of the art world, it also proposes solutions to bring back the richness of expression that truly liberate the senses and fulfill the natural promise of art.

The collection of black ink drawings in the book show one of several artistic dimensions that Faouzi Al-Kach covered over a lifetime of artistic contributions; his other works included oil paintings and water color. 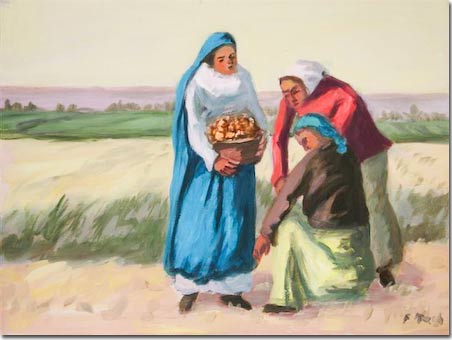 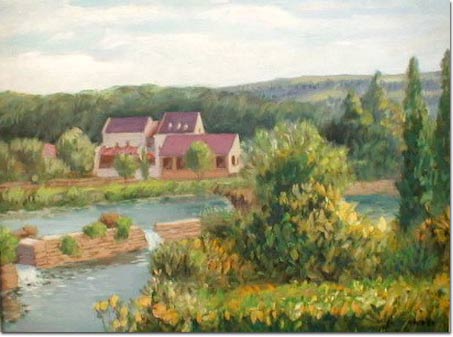 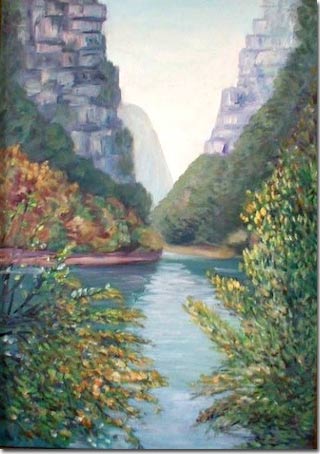 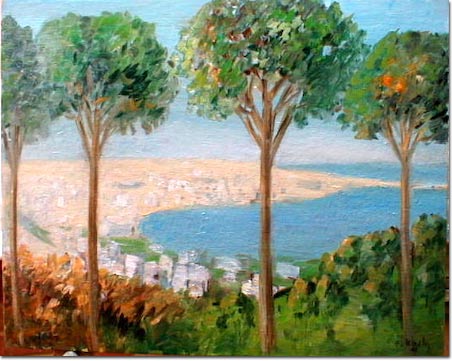 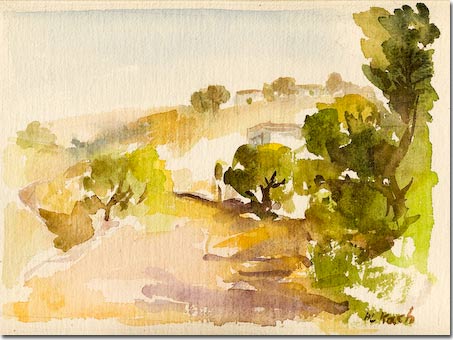 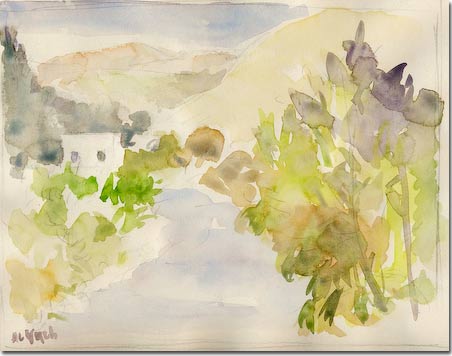 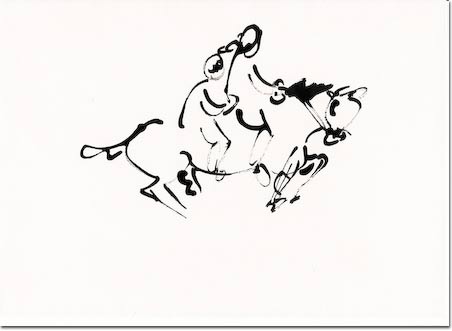 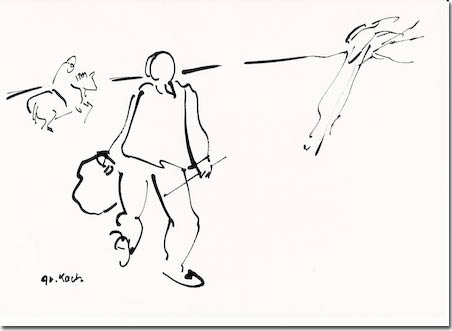