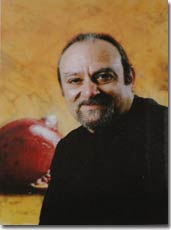 Agopian Krikor studied at Studio 5316 and in Concordia University, both in Montreal, Canada, and at the Washington School of Fine Arts in Washington, DC. He taught in the Beirut School of Fine Arts from 1972 to 1973, in the Lebanese Academy of Fine Arts (ALBA) from 1977 to 1981, and in the Institute of Fine Arts of the Université du Saint-Esprit de Kaslik, from 1981 to 1985. He won the following prizes: Honory mention of the Trans Mediterranean Airways, Beirut in 1972; the prize of excellence of the Makhoul Street Art Fair in Beirut in 1980 and in 1981 the first prize; the second Grand Prix, all categories, at the National Competition of Visual Arts, Montreal in 1990 and 1991. He was nominated for the prize of Artistic Excellence Laval in 1991, and won the third Grand Prix, all categories, at the 13th National Competition of Visuals Arts in Montreal in 1996, the first prize for abstract work at the 14th International Competition of Visual Arts in Montreal in 1997, and the first trophy for surrealism at the 15th International Visual Arts, in Montreal 1998.

He held about forty individual exhibitions in Beirut, Montreal, Ottawa, Toronto, New York, and Los Angeles and participated in more than two hundred fifty group exhibitions in Canada, the United States, Europe, and he Middle East. Agopian's art work can be found in many private and public collections, museums, and art societies. Agopian is a master of the trompe-l'oeil style and the airbrush painting technique. (Extract from Resonances - 82 Lebanese Artists Reviewed by Helen Khal, Edited by Cesar Nammour and Gabriela Schaub)

Planets of the Mind

There must be something special in the genes of Armenians that makes them such good painters. Put subject matter and emotive content aside. Don't look for meaning or question the artist's intention. Just feast your eyes on some of the most admirable products of paint and brush you are ever likely to see outside a museum. In word, this is modern art that possesses a quality seldom seen these days - masterly painting in the classical tradition.

The same inherent ability to paint with the skills of classical tradition also applies to Agopian, who didn't plan to become an artist, never even thought of it until chance one day beckoned. In a first course in design taken while studying engineering in Canada in 1967, he did so well that the school gave him a one-man show at the end of the year. Forget engineering, his teacher said. Do not waste this amazing talent you have.

Agopian is essentially a surrealist who moves from easily readable figuration to abstractions of complex imagery - from, for example, a pile of pomegranate seeds floating against a cloud-scattered sky to an abstract conglomerate of objects and symbols that are sometimes difficult to decipher. Unlike the humanist theme in most Armenian art, Agopian's recent work does not depict people but concentrates instead on transforming the ordinary objects of our living environment into abstracted metaphors of experience.

Agopian works in acrylics instead of oils, he says, because the medium dries quickly and enables him to work faster. He does not pre-conceive or plan his compositions, but paints in the organic approach of progressively adding each element step by step as he goes along. This I find incredible, considering the complex details of his images and the flawless precision of brush they demand.

This man paints so well that he fools the eye into thinking the objects he paints are real. One is impelled to examine the work closely, is even driven to reach out and touch the rope or pencil or torn scrap of paper that is not there. I call it trompe l'oeil painting; he calls it hyper-realism.

Most intriguing is the series of "paintings within a painting," in which multi-colored abstractions, complete with frames, hang in three-dimensional reality against a one-color background. The mind is called upon to convince the eye that all, from composition to frame to background, are no more than painted images on a flat two-dimensional surface... 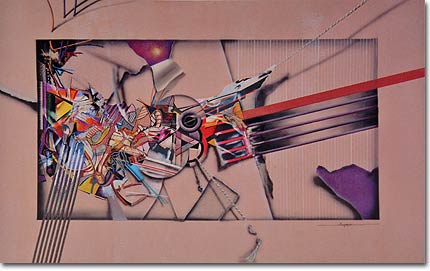 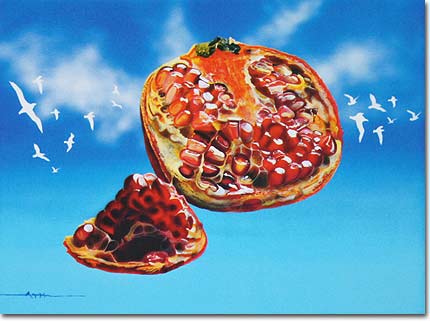 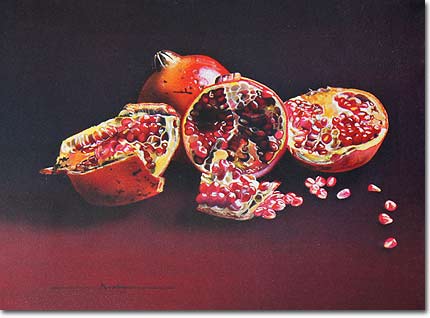 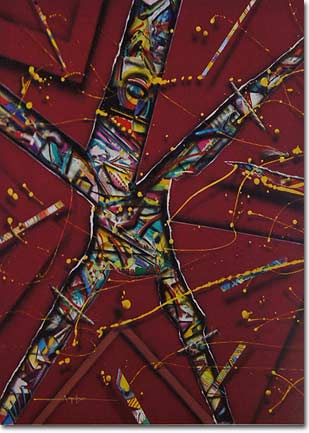 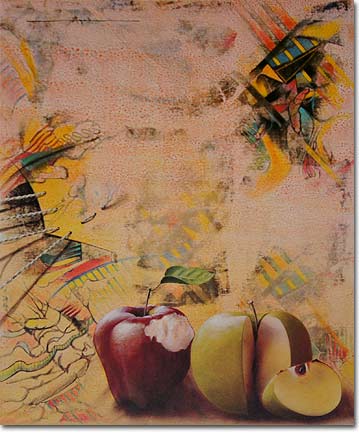