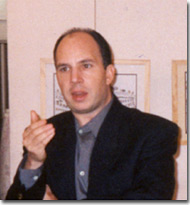 “I slept and dreamt that life is beautiful”

Syrian painter Adib Fattal is a unique kind of optimist, a dreamer who insists on guiding us back to the age of innocence. In his search for beauty, he evokes only pleasant images retained from childhood memories including scenes from Syria, Palestine and Lebanon.

His paintings are ablaze with colors: Cities and villages inhabited by happy colorful people conducting their daily life actively and with great joy. There are fishermen, farmers, people picking oranges, other planting trees and yet others praying. All these scenes and more are depicted with love and an absolute conviction that all is well under the sun.

Adib may not belong to any particular school as his style is a combination of primitive art and fantasy. Some paintings look like miniatures in Persian art, others recall Palestinian embroidery or mosaics in a Mosque or Church.

Born in 1962 in Washington D.C.the son of a diplomat, Adib spent most of his time in Europe, the United States and the Middle East. He graduated with a B.B.A in International Marketing from the City University of New York. Having spent some years in the field of business and banking Adib decided to abandon it and dedicate himself to his original love: graphic art.
At present, he lives on a farm in Lebanon at the foot of Mount Hermon where he paints, farms and looks after his dog, cat, and a large collection of birds including a clever parrot.
Adib has exhibited in Europe the USA, Canada and in the Middle east.

Solo exhibition at S.V.Gallery, Subject: Palestine, Saifi Village From from April 19th to May 7th, 2016

Adib's works are being presented by the Filu forum of Germany in its archive and CD forms, available at the annual Frankfort Book Fair.

Some of Adib's paintings are available in postcards sold by T.B.Z (Tarek Bin Zeyad) company in Syria, as well as other postcards printed and sold by Gutsch Verlog Company Germany.

Prints made from select paintings at CreativeDee.com,

"Was selected by a jury to exhibit work at the 52nd International Exhibition of The San Deigo Art Institute, San Diego, California in 2013. The work was selected amongst 1200 other artworks from all over the world." 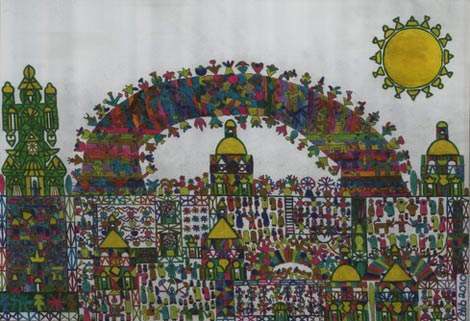 A GOAT SALE IN A VILLAGE: 50CMWX35CML, Acid free markers 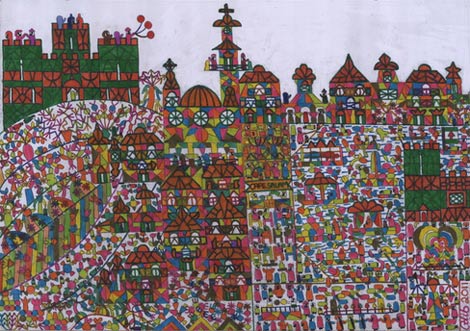 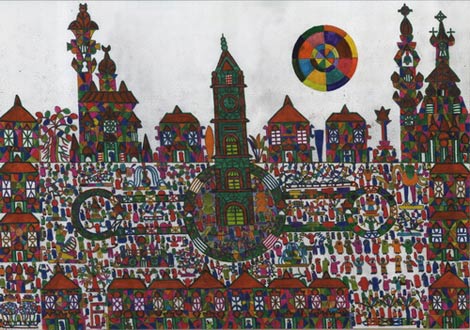 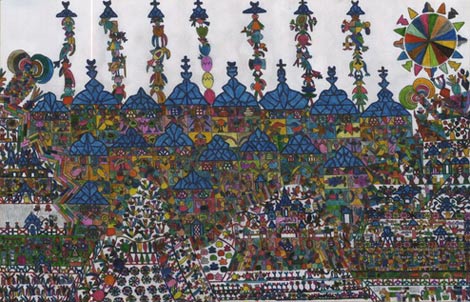 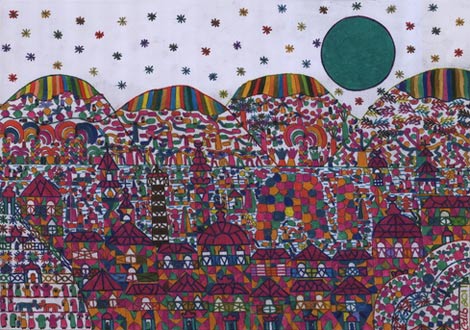 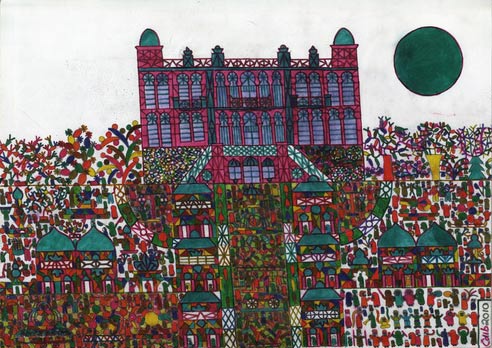 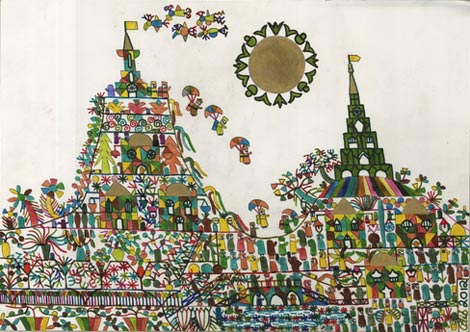 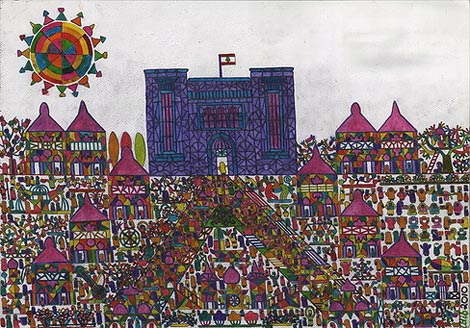