Marc Keyrouz is a Lebanese calligraphy artist, designer, animator, art director and photographer. His unique bold script holds a purposeful story. Through the early stages of adulthood, Marc had the urge to express himself in any way possible so that he could deliver his vision and ideas about the reality we are forced to convey subconsciously. His vision proved inexpressible in mere words, too hard to be clearly confessed and exposed to his own circles of connections. Growing up, he was very fascinated by symbols and specifically by the concept behind hiding such powerful meaning in a small shape that you come across every day without ever noticing the power it holds. Compressing the lack of self-expression and communication ignited a huge blast of emotions in Marc that were building up year after year. In 2015, he created a language which he calls 55. 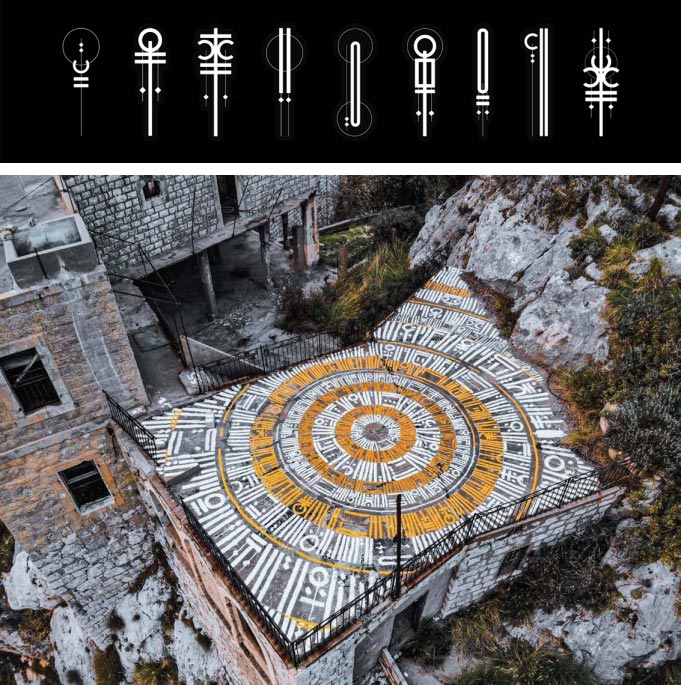 The name represents a shocking event that Marc holds in his soul with a lot of sentimental value. It was his way to find home again. According to the artist, it is a way to cryptically communicate through visual art, science and technology. This hidden language is a limitless field of expressions shaped into forms and symbols relating to all visual transmissions that exist. He adds, “55 is built on the original designs which integrate the blueprint of all creation: the psychology of shapes, golden ratio and sacred geometry are all part of 55 scripts.”

According to Marc, the future consciousness of the human race is going through a radical evolution and the desire of human eyes is shifting into minimalism and abstract material which elevates and ignites our imagination. Every person that has been portrayed in his art wears a black mask with white strokes which represents, according to the artist, our unity. It is often forgotten that we are all one, just with different perspectives and personalities. He states that “no specific individual is
behind this movement, for it is a merger of many experiences in order to deliver one message: humans die but ideas live forever, to change lives and perspectives.” 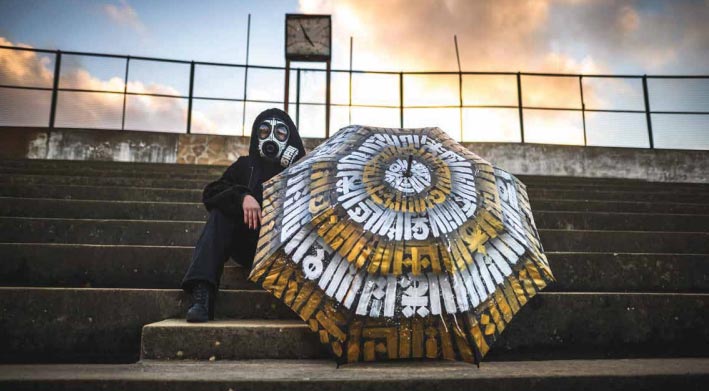 One fan of 55 states that “55 is a sense, a feeling, a vibe and a charisma. The identity brought the abstract to life, and before you even try to comprehend the meaning, you will be bumping on all the junctions of the hidden lines. And until the rollercoaster sets in the world of the unknown, is when you realize you have fallen in love. The symbol speaks emotions and can give you a feel of home”.
55 started on the streets with exposure to the underground and has grown to become a community for people who seek to decrypt what resonates beyond the art and what relates to both the undergrounds and above grounds. The community considers that 55 is a separation from the system and the path of life that we are forced to convey subconsciously. “Everything you see here is a story we need to deliver,” says Marc, “the language is not deciphered yet by the public, but it promises to convey euphony in the mind of our unity.” 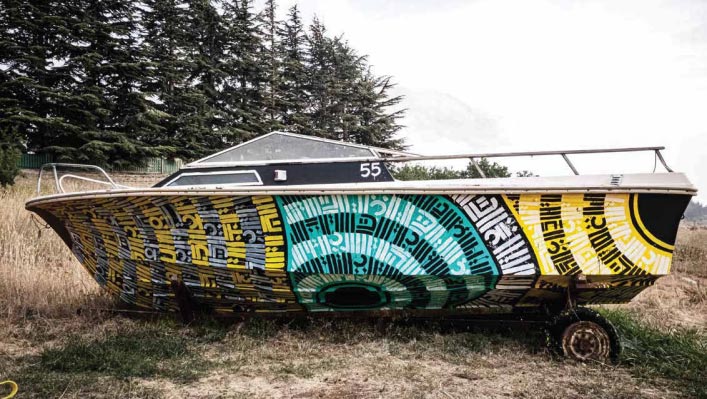 The artist is also known for the otherworldly names given to his masterpieces and designs; he also uses an intricate vocabulary in describing some of them. Some fans consider that 55 is suppressing information that will eventually be revealed to the public through coded messages that the artist might be projecting in some of his art. True or not, it is still exciting to be able to communicate with the subconscious state behind the art and create this psychological attachment to it. 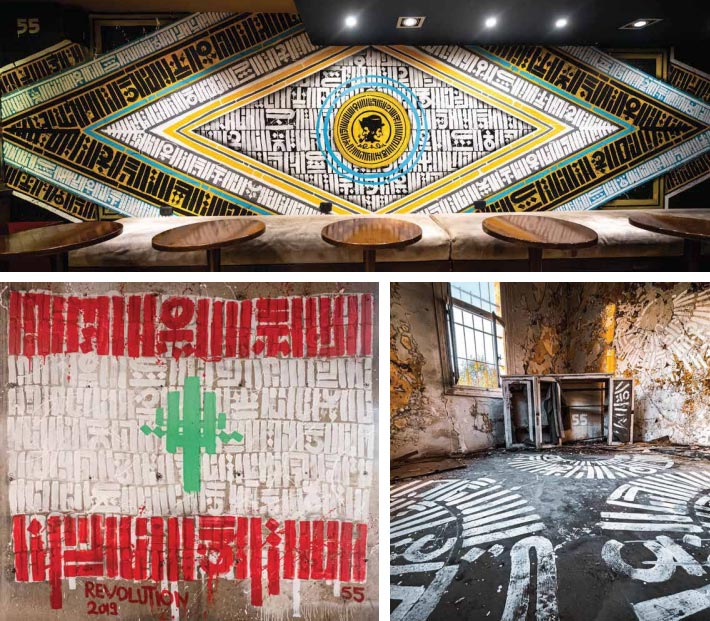 Marc has participated in multiple international exhibitions and carried out numerous collaborations in which he successfully captivated the eyes of mystery lovers. In one of his projects, he focuses on pinpointing and identifying environments that are fed with modern and elegant designs in which his perception of future art can be integrated. His vision is to implement strong and powerful steel monuments of his creation “chapter 1”, a collection of 7 designs each having a certain feel or meaning that varies between an admirer or another, regardless of the inevitable attraction. Consecutively, Marc plans on conducting a study
on the psychology of shapes and eventually creates his own model that will explain a lot about how you read and understand shapes, and what these shapes say about you. He is also well on his way to creating NFT projects that will be backed up by an interactive storyline. This will let the 55 community be part of an interactive code-breaking objective.

He plans to launch a series of projects that combine technology and art, which aim to introduce a new direction in the art scene. Moreover, he is soon launching a series of 55 merchandise including small statues, shirts, scarfs, necklaces, and more which he will be selling on various social platforms and on the 55 website.