Al Kadiri began the Al Maqama 2014 project with a painting dated and entitled July 5, 2014, which coincides with his birthday. The imposing black painting, depicting the day Abu Bakr Al Baghdadi made his first public speech at Al Nuri Mosque in Mosul, proclaiming himself the Caliph of all Muslims.

Initially, this series was meant as a one-time homage to one of the most influential Islamic artists of all time, Yahya Al Wasiti. However, by weaving in a very contemporary condemnation of the destructive acts in Mosul, by ISIL, and by appropriating ceaselessly updated media imagery, it has become an on-going project.

Al Wasiti's freedom to paint figures stands in counterpoint to the art-vandalizing violence of ISIL.

Al Kadiri enlarges the artist's drawings of ancient Iraq while confronting them with today's conflicts.

The latter is rendered in charcoal, over time; it will fade progressively from the painted surface. 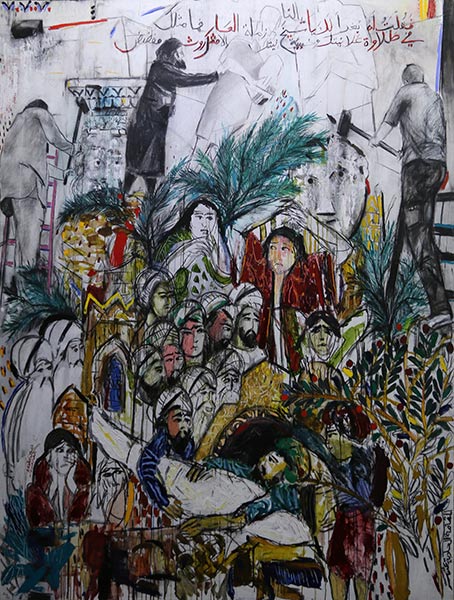 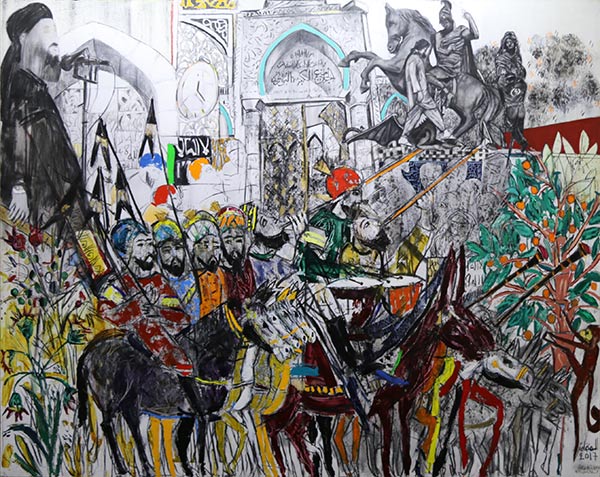